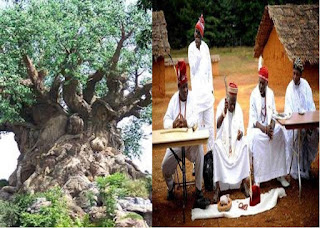 No wonder they made sure they demonized and destroyed our Religion, Spiritualism, Norms, Values, Customs and Traditions, so we won’t have alternatives to fall back to or compare with, with the Bible they gave us.

The debate on the person of Jesus Christ has been ongoing for centuries now, and how it relates with African spiritualism.