EDUCATIVE | Must Read : Why Port-Harcourt And Anioma States Were Not Created In 1991 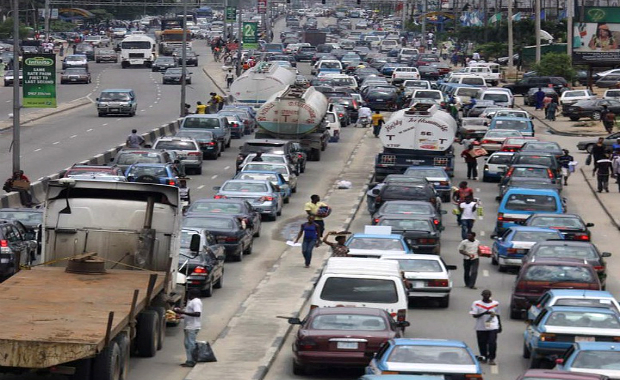 The saying that Igbo Nation is landlocked is false, dubious and wicked, the former Eastern Nigeria borders were with Middle-belt to the north, Atlantic ocean to the south, Cameroon to the East,  Western region to the West.
Related topic EDUCATIVE | ABANDONED PROPERTY IMPLEMENTATION COMMITTEE HEADED BY SEN. DAVID MARK SEVERED IGBO NATION
Who are the people and cities that make up River state? [ 1 ] Igbo [ 2 ] Ikwerre [ 3 ] Ogoni [ 4 ] Ijaw e.t.c.   The people of “Ekpeye” “Etche” “Ndoni” “Ikwerre” “Obigbo” “Elele” “Opobo” “Ogba” “Omoku” are 100% Igbos,
Some major cities in River state includes: Port-harcourt, Obigbo, Elele, Isiokpo, Omoku, Ahoada, Buguma, Abonnema, Bori. e.t.c. apart from Buguma, Abonnema and Bori among the cities listed the rest are Igbo cities.
All the houses in Port-Harcourt township, Creek road, Aggrey road, it’s environs and Borokiri area before the Nigerian-Biafran war were all owned by Igbo men, in Rebisi Diobu, D-line, e.t.c.
The Aro Nwoji,  Aro Apara, and other Aros, had settled in Igwe-ocha [ Port-Harcourt ] before 1800 and were the ruling class.
The hard truth is that Igwe-ocha [ Port-Harcourt ] is an Igbo city.  Before the Nigerian Biafran war 1967-1970,  99% of occupants of the city where Igbos, all the streets and roads bears Igbo name, the language spoken was Igbo, Igwe-ocha [ Port-Harcourt ] harbours the richest Igbo men at the time, 99% of real estates in the city own by the Igbos, 99% of the indigenes are Igbos.
See also EDUCATIVE | The Igbo Nation Is 2,550yrs Older Than The Yoruba Nation In Nigeria — Nze-na-Ozo. Emeka Umeagbalasi
Even Gen. Yakubu Gowon recognized the fact that Port-Harcourt is an Igbo city, when in 1967 some men from the present Rivers and Bayelsa state approached him for creation of River state.
He rebuffed them on the ground that the whole place was covered with waters and that there was nowhere to site the capital city, since Port Harcourt belongs to the Igbos.
It was until Eze Oriji one of the delegates who visited stood up and said that he was from Ikwerre and that Port Harcourt belongs to Ikwerre and that Ikwerres are not Ibos. He then pleaded that the capital of the new state be sited in Port Harcourt. it was on this assurance that Rivers State was created with Port Harcourt as capital city in 1967 by General Yakubu Gowon.
In 1991, Babangida regime created new states without creating Igwe-ocha or Port-Harcourt as requested by Igbo people of Rivers State, led by Senators Obi Wali and Francis Ellah.
And also Anioma state was not created instead Delta state was created squeezing together  the Urhobos, Ijaw Izon, Isoko, Itsekiri and Igbos
In 1991 Emeka Omeruah, from Imo State (later Abia), was Military Governor of Enugu State, while Anthony Ogugua, from Anambra (later Enugu) was in Imo State. As the agitation for states heated, these two Governors, quietly, set up a committee to harmonize Igbo demand for States. Four states were identified; Abia, Anioma, Enugu and Port-Harcourt.
Why did the IBB led military government not create Anioma and Port-Harcourt state along side others in 1991?  is to further dippen the identity crises and identity gamble of the Igbos in those states and to consolidate on their policy of pushing the Igbo man back from the Atlantic ocean
I am aware there are diverse opinions on Biafra and Igbo nation surviving within and outside Nigeria, the argument that in the event of the Igbo nation seceding from Nigeria without their Riverine cousins, will have them trapped and squeezed in a landlocked nation that will not be viable is False, dubious and Wicked,
However for argument sake, even if I go with their false narrative, with all their shenanigans trying to instigate crises among Igbo sub-groups, trying to say that Port-harcourt is not Igbo city and things like that.
The Igbo nation is still not landlocked, because we will connect with to the Atlantic ocean through Azumini Blue Sea and Oguta lake. Besides, we will have inland ports, such as Onitsha/Asaba.
Furthermore puncturing and countering their false narratives, it’s a common knowledge that having access to sea is not a criteria for prosperity, If it were so, Nigeria would not be in this state of confusion, visionless, underdeveloped, insecure, woeful economy, bedeviled with lies and deceit from their leaders, Nigeria is practically a failed State.
Somalia has the longest coastal line in Africa, but irrespective of that, Somalia remains a failed State.
Jamaica is an Island how prosperous are they? what of Haiti? which is the poorest country in the Northern hemisphere
There are 42 landlocked countries in the world:
They are: Botswana, Rwanda, Burundi, Burkina Faso, Central African Republic, Chad, Ethiopia, Lesotho, Malawi, Mali, Niger, Swaziland, Uganda, Zambia, Zimbabwe; Luxembourg, Austria, Switzerland, Andorra, San Marino, Belarus, Czech Republic, Hungary, Liechtenstein, Moldova, Serbia, Slovakia, Vatican City; Afghanistan, Bhutan, Laos, Nepal, Armenia, Azerbaijan, Kazakhstan, Kyrgyzstan, Mongolia, Tajikistan, Turkmenistan, Uzbekistan; Bolivia and Paraguay.
Some of these countries are much more prosperous that some the ones surrounded by water, e.g  Switzerland, Austria, Luxembourg, Liechtenstein, Hungary, Czech Republic, Botswana, Rwanda, Uganda e.t.c.
By Nwagwazi - June 30, 2019