I Rigged The ANPP Primary For Buhari In 2003 - The Cable; Attahiru Bafarawa 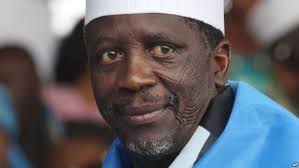 Attahiru Bafarawa, former governor of Sokoto state, says he manipulated the presidential primary of the All Nigeria Peoples Party (ANPP) in favour of Muhammadu Buhari in 2003.

Buhari got the party’s nomination but lost to President Olusegun Obasanjo in the presidential election.

Bafarawa, who was doubling as the party’s chairman then, said Rochas Okorocha was set to pick the ANPP presidential ticket following a mock primary conducted before the nomination convention.

According to him, Okorocha came first, winning 27 of the 36 states and the FCT, while Buhari could only win five.

These revelations are contained in a new book, ‘Politics as Dashed Hopes in Nigeria’, written by Auwala Anwar, PhD, and former special assistant to the president on FCTA from 2004-2007.

The preview copy of the book, published by Safari Books, was exclusively made available to TheCable and will be launched in Abuja on Thursday, January 31.

The book offers an account into the inner workings of the Congress for Progressive Change (CPC), the party founded by Buhari to run in the 2011 presidential election after he had fallen out with the ANPP having failed to win in 2003 and 2007.