Nigerian man, Osondu Igwilo charged with investment scam in the US 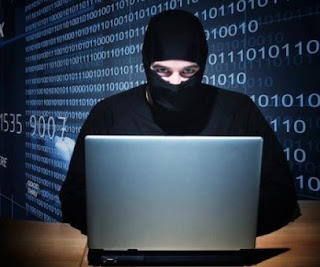 A Nigerian man, Osondu Victor Igwilo has been charged in a Houston court by the US Justice Department as the ringleader of an international advance-fee scheme.

Igwilo’s fraud allegedly involved false promises of investment funding by individuals who impersonated U.S. bank officials in person and over the internet to victims around the world. Proceeds of the scheme were allegedly laundered through U.S. bank accounts and diverted back to the scheme’s perpetrators in Nigeria.  Osondu Victor Igwilo, 49, of Lagos, Nigeria, was charged in a complaint filed in the Southern District of Texas in December 2016. The complaint charges Igwilo with one count of wire fraud conspiracy, one count of money laundering conspiracy and one count of aggravated identity theft. Igwilo remains a fugitive.

As alleged in the complaint, Igwilo was the leader of a criminal network of “catchers,” who sent phishing emails to potential victims falsely offering investment funding on behalf of BB&T Corporation, a U.S. bank headquartered in North Carolina. When victims were interested in the supposed investment funding, Igwilo allegedly dispatched U.S. citizens whom he had recruited over the internet to pose as “representatives” of BB&T to meet in person with the victims and sign a supposed investment agreement on behalf of BB&T.

When travelling to the countries where the victims resided, these representatives, at Igwilo’s direction, would visit the local U.S. embassy or consulate and employ fake documents with fraudulent seals of the U.S. government to deceive the victims into believing that the investment agreement was sponsored by the U.S. government, the complaint alleges.

Igwilo then allegedly used the representatives and catchers to convince victims to make wire payments to bank accounts in the United States on the false belief that such payments were necessary to effectuate the investment agreements. The holders of the U.S. bank accounts were “money movers,” who disposed of the funds as directed by Igwilo, including by purchasing luxury vehicles, from brands such as Mercedes Benz and Range Rover, and shipping them to Nigeria, the complaint alleges.
By agwazipost.com - December 19, 2018

Email ThisBlogThis!Share to TwitterShare to FacebookShare to Pinterest
Labels: NEWS