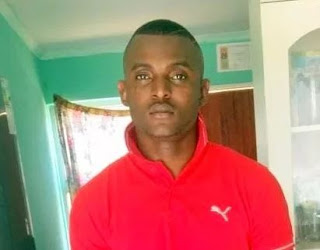 The Nigerian Union South Africa (NUSA) has announced the death of Udebuani Chidokweanaukwu, who drowned at a beach.

Late Chidokweanaukwu, a native of Nando in Anambra State, is reported to have drowned at a beach in Swellendam near Cape Town, Western Cape, South Africa.

The publicity secretary of the union, Habib Miller, confirmed the accident in a statement saying, “with sorrow and heavy heart, we have received the news of the death of Udebuani Chidokweanaukwu from Nando, Anambra State. According to the information from an eye-witness, Chidikweanaukwu got drowned on the beach at Swellendam on December 17. He is survived by his wife and children. NUSA sympathises with his family and friends at this difficult time of grief and pray God comfort them,” he said.

Miller urged members to be cautious as well as obey safety rules when visiting the beach and other hazardous places.

Email ThisBlogThis!Share to TwitterShare to FacebookShare to Pinterest
Labels: NEWS