Photos of Identical Twins who got pregnant the same time, gave birth the same day to baby daughters 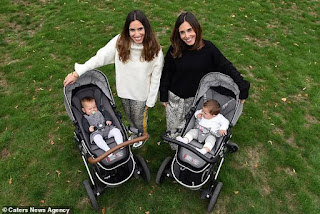 British Identical twins sisters who have been inseparable since birth have given birth to daughters just days apart.

Hannah Pountain and Lilli Paterson, both 31, were shocked after discovering they had unintentionally gotten pregnant at the same time, according to Mail Online.

The Identical twins sisters who were born 14 minutes apart, said being able to share the experience was 'very special', adding that they have a 'unique twin connection'.

Lilli, a doctor from Northampton, gave birth to eight-month-old Bonnie last December, while Hannah, a fashion merchandiser from Leicester, gave birth to seven-month-old Lexi just three and a half weeks later in January this year. 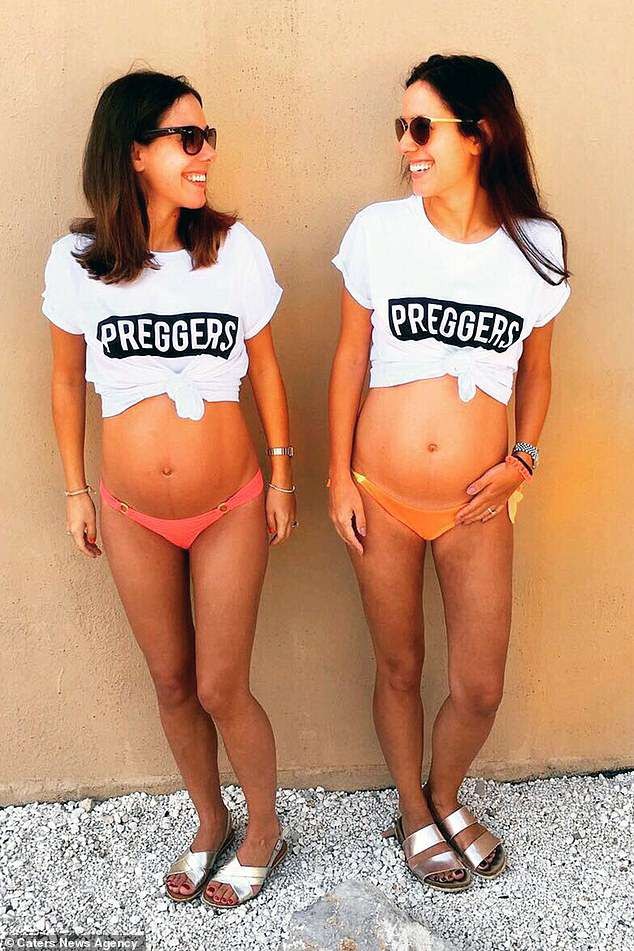 Speaking about pregnancy experience, Hannah, the younger twin, said: 'When our families discovered we both pregnant at the same time, they were shocked.

'We have always been similar, we have the same personality and even the same group of friends, and we both went to university together.

'So to go through pregnancy and childbirth together was very special, a unique twin connection, and of course it was very beautiful.

'Giving birth just three and a half weeks apart is something not many siblings can experience - let alone identical twins. The feeling was completely magical and incredible.' 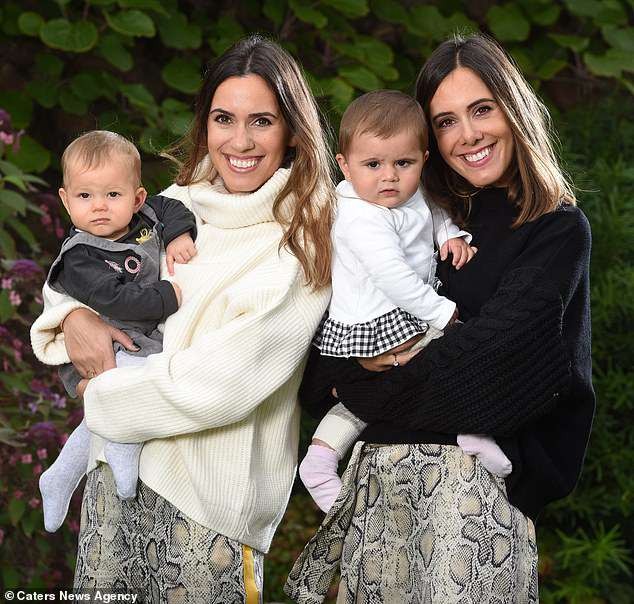 She added: 'It didn't really sink in until after we'd both given birth - having someone so close to be so honest with and go through everything together with was nice. We hope our two girls will be as close as we have our whole lives.'

According to her,  she and her husband Michael discovered she was pregnant in May last year ahead of their marriage in Italy in June 2017

Her other twin sister, Hannah said: 'When I discovered Lilli was pregnant, I was over the moon. She kept it secret from the rest of the family, and I was the only one who knew about it. 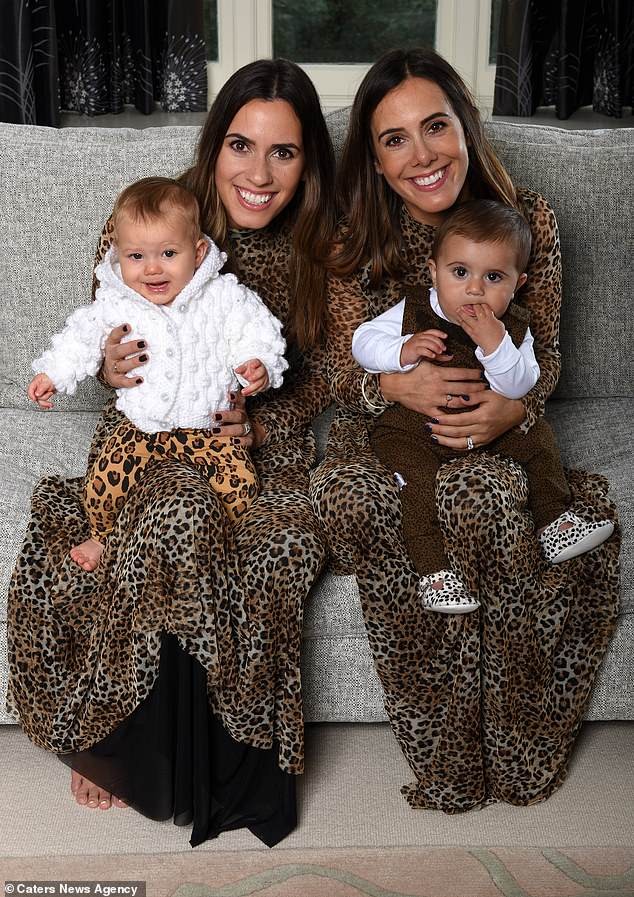 'So I knew when I told Lilli I was pregnant too, she was going to be ecstatic. I wanted to tell her in the most beautiful way, so I burst into her room with Ben for breakfast the day before Lilli's wedding and told both Lilli and Michael.'

According to the twins, who come from a family of four sisters and have only one male relative on their mother’s side, they kept the news from their families for several weeks before revealing that one of them was 12 weeks pregnant and the other was six weeks along. 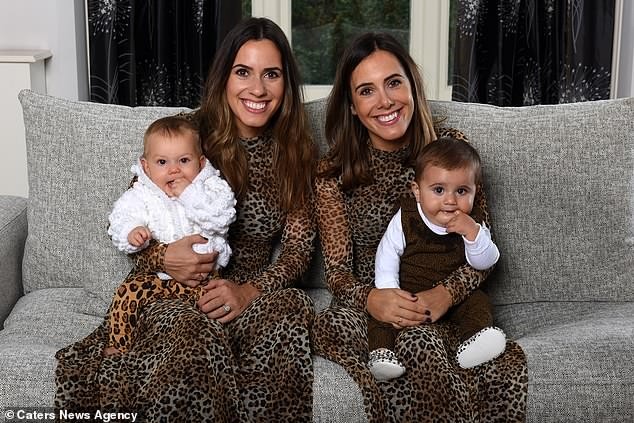 Lilli said: 'Hannah had to tell our families when I announced my pregnancy.

'And it's great that we both know we'll always agree on things - so always someone to back you up.' 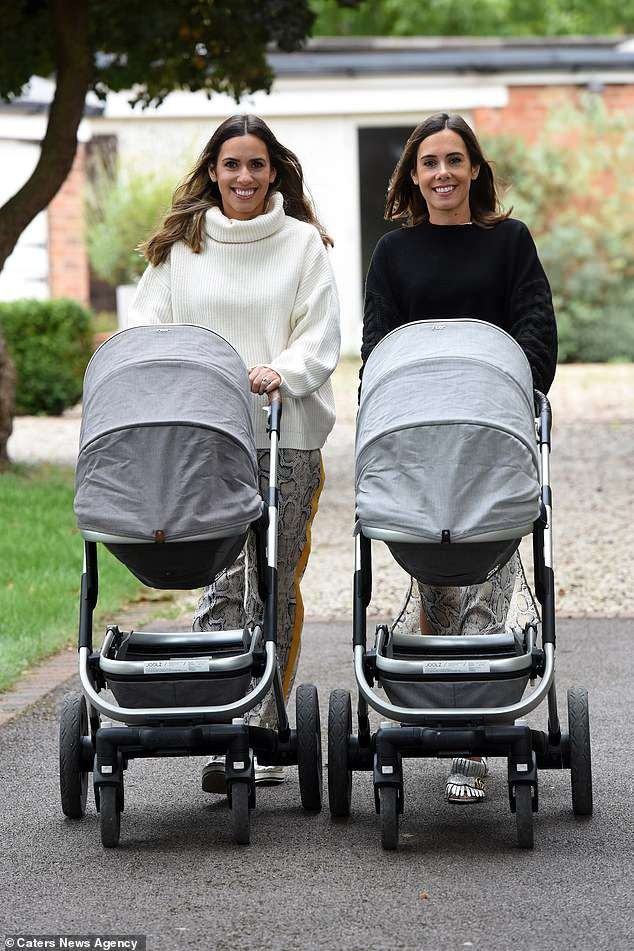 Email ThisBlogThis!Share to TwitterShare to FacebookShare to Pinterest
Labels: gossip